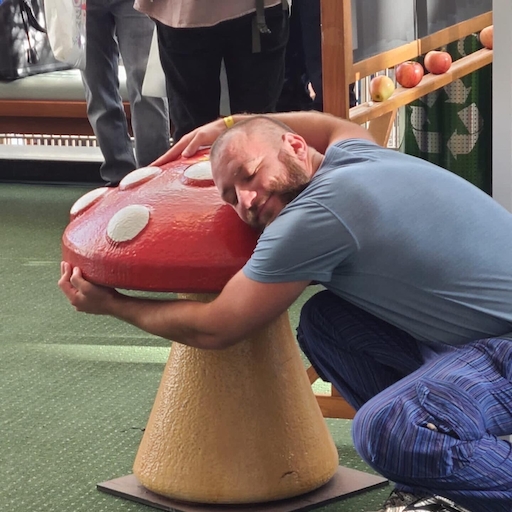 Support me by purchasing access to my Mighty Network.

The Be Bliss Liberation Movement is dedicated and committed to creating a world filled with leaders, healers, and conscious souls who are on their journey to self actualization and open to being part of a culture of love.

We are a community of liked minded individuals that feel it is necessary to be in touch with ones true divine nature, thus the name “Entheogenic”, which means God-within, or divinity within.

Our body is our vessel for Divine Will to orchestrate through us. This is our unconventional church where all who are willing to improve themselves mentally, physically, psychologically, and spiritually. This church is located at the very essence of humanity; right in the center and very nature of reality.

Entheogenic Church is committed to creating an empty space for you to have a direct experience and revelation of your true potential. We are willing to hold others to the highest of their magnitude and will be transparent, authentic, vulnerable, and treat others with the deepest sentiment of compassion. With that being said, this is not a space for spiritual bypass, trickster energy, or malice of any kind.

Anyone falling into these categories will have the opportunity to heal through them with committed action. Those committed to mischief making are not in alignment with the intention of this community. For those who create mischief and are considered Trail Blazers, if you want to use this force of nature for the goodness of all, this is the space for you because we have many systems in place that need your gift to support the breakdowns and breakthroughs.

This space is the context for discovery and exploration as well as breakdown and breakthroughs. We are here to cultivate the mastery context and become aware of survival context so we may liberate ourselves and those around us by living in and creating a transformed world now. As a master, we will learn a new kind of language that will empower us through distinguishing distinctions so all arrows point towards the same direction.

Why You Should Join Me

Joining this network of liked-minded individuals will grant the space for leaving ordinary to extraordinary lives. You will be able to meet other members who you may be closer to than your own family members.

This community and network of individuals is all for the culture of love. We are here to create the shifts necessary like fear to love, doubt to faith, and judgments to compassion. We traverse the tension of opposites here at Entheogenic Church and Shamanic Ananda in order for peace, purity, harmony and diplomacy to manifest in community.

This is a space where we can get all arrows to point in the same direction. We will have tons of content and resources rooted in the nature of ‘Entheogenic’. Entheogenic meaning tools and modalities that add awareness to do the inward work thats required for the outward blessings to unfold.

Why else should I be here?

DEFINITION OF HIGH PERFORMANCE:
High Performance is YOU standing as the SOURCE of a TRANSFORMED world, NOW!

Come join us to learn how to be the context to create extraordinary content in your life and the lives around you.

Here at Entheogenic Church and Shamanic Ananda, we would love to thank you for being part of the community. For expanding and growing your own network, so we can continue to create the 2%.

Here, the 2% we say is the critical mass tipping point where when enough individuals become awake, this will catalyze an awakening force to then awake the rest of the population of humanity.

In sociology, a tipping point is the event of a previously rare phenomenon becoming rapidly and dramatically more common. Morton Grodzins coined the phrase in its sociological use, by analogy with the fact that in physics, adding a small amount of weight to a balanced object can cause it to suddenly and completely topple.

The Hundredth Monkey Phenomenon is well known today. It illustrates the theory that when a ‘critical mass’ number of people adopt a new behavior, or way of thinking, everyone spontaneously adopts it. The story goes that, in 1952, on the Japanese island of Koshima, a young macaque monkey known as Imo learned that washing the sand and dirt off her sweet potatoes made them taste better. Other monkeys, including Imo’s mother, began to follow suit, and over the next few years many more monkeys learned to wash their sweet potatoes as well. By 1958, the legend says, a sufficient number of monkeys – the ‘critical mass’ number – had all learned the trick, and as a result the monkeys on the other islands spontaneously began washing their sweet potatoes, too. Whether or not 100 was the precise number of Koshima monkeys who learned to wash their sweet potatoes is uncertain. And, it probably doesn’t matter. The point is that, metaphorically speaking, 100 monkeys came to represent the critical mass number required to trigger the phenomenon, and thus the Hundredth Monkey legend was born. Translated into human terms, this theory states that when enough people free themselves from the shackles of mundane materialism and start to think in a more liberated, more ‘spiritualized’ way, a new aspect of consciousness will spontaneously awaken in the collective mind, bringing with it a new reality.

Will you be one of the few to support topple over the critical mass?

Keep Up With Entheogenic Church Inc On The Go

Entheogenic Church Inc is powered by Mighty Networks
Phone numbers from outside the United States may need to use a prefix (e.g. +44 XX XXXX XXXX). Available on iOS and Android. This site is protected by reCAPTCHA and the Google Privacy Policy and Terms of Service apply.
Choose a Plan
Choose Plan